What is the difference between low-poly and high-poly 3D models? 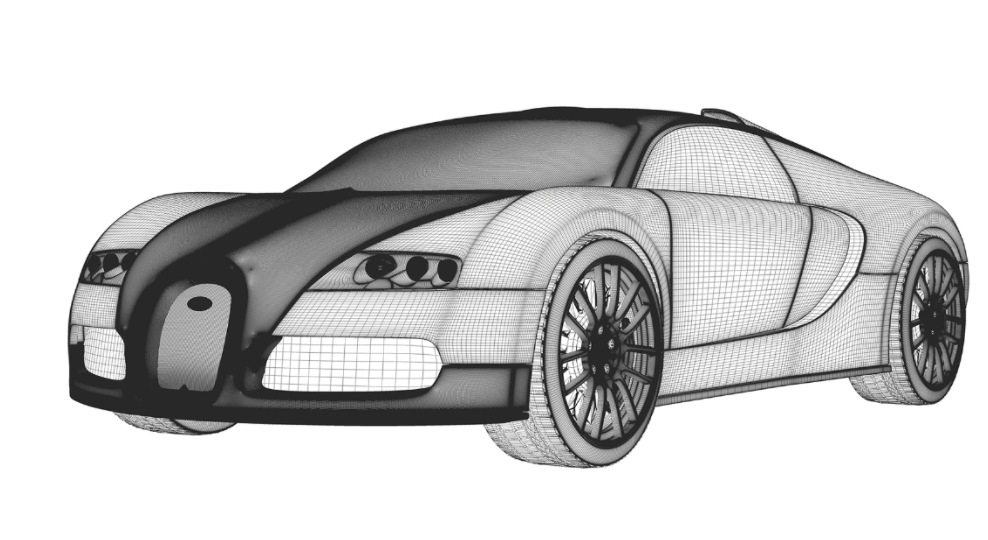 Low polygon modeling refers to a 3D modeling technique that can be used to create complex models with relatively few polygons. The term low polygon is sometimes erroneously used to describe any 3D model that is designed with a limited number of polygons or one that does not feature the same level of geometric detail as a high-polygon model.

On the other hand, high polygon modeling refers to using more geometric detail to get a more realistic and detailed representation of the modeled object. These models can render more accurately, and therefore, they are often favored for product design and architectural visualization.

There are many reasons why one would choose to use low-poly models over high-poly models, but what are the advantages and disadvantages of each?

Should I Use High or Low Poly 3D modeling?

High polygon modeling generally does a better job of achieving the desired realism in a given project, but it is more difficult to work with. Low polygon modeling is easier for programmers because it has less detail and takes up less memory space – which means that projects can be completed faster than if high polygon modeling were used.

Low polygon models have a lower resolution than high polygon ones, making them faster and easier with less computing power. The downside of low polygon models is that they don’t look as realistic as high-resolution ones, so if you want to add special effects such as shadows, reflections, and refractions, you need to add them manually by using textures or materials on the model.

The difference in the modeling workflow

In the workflow of 3D modeling, high poly and low poly 3D models have their own advantages and disadvantages. For example, high poly modeling may produce a model with a higher level of detail at the cost of an increased time to create. In contrast, low poly 3D models can be created in a shorter time at a lower cost.

For example, in furniture design, one has to consider how furniture would look in an environment containing only low or high-quality textures. If you are designing for a game scene where everything is supposed to be high quality, you should use high detail 3D models from hum3D.com. But if the same design is rendered in a game without any textures or effects, then it may look bad because there will be no visual details for the player to hold on to.

Low polygon modeling is an art. It has gained greater popularity in recent years, especially in the gaming industry. When it comes to 3D modeling, which means adding more detail to the model, the higher the polygon count will be. However, increasing the number of polygons takes up more time and slows down rendering speed. The trade-off between adding details and better performance can be resolved with low polygon modeling.

The use of low-polygon models has made 3D graphics faster and created a new creative art movement independent from high-res photo realism or hyper-realism. It has increased over the years because of its low polygon count and faster rendering time, making it more feasible to use to create 3D animation for games or architectural visualization.

Low polygon modeling is often used in games because it can save time, but it also has many other uses. It’s suitable for rendering interactive environments or simple objects like jewelry or furniture that are photorealistic.

High polygon modeling is a type of 3D modeling that can be used for visualizing models with a high level of detail. The term “high poly” refers to the number of polygons in the model, i.e., the number of surfaces that it has or the number of triangles that make up its surface. This means that high polygon models are made up of more triangles than, say, low-polygonal ones, which tend to have just thousands or tens-of-thousands polygons rather than millions or billions.

The higher the polygon count, the easier it is for a 3D printer to create objects that are accurate and look realistic. As the number of polygons increases, so do the detail and realism. This may be used for visualizing complex objects such as buildings, cars, or humans with great detail. The power of high polygon modeling can be seen when we compare it to low polygon modeling and see how much more detailed and accurate the former is than the latter.

Many details may be lost when viewing them from afar. High poly models help give these objects more detail because of their increased amount of polygons. If you want a model with a lot of detail and realism, using high poly modeling is the best choice!

The first benefit of using high polygon modeling is that it gives the modeler the ability to zoom in on specific areas of the model with increased accuracy without any distortion or loss of resolution. This allows for more detail to be seen with no loss in quality when up close with the object you are looking at.

Starting your own business without much capital!
January 23, 2023

How Does Reverse Engineering Work?
October 18, 2022

Engineering Entrepreneur Podcast – Ep 119
July 1, 2022
Contact Us
Need help? Give me a call or fill out this form and I will get right with you.
Go to Top